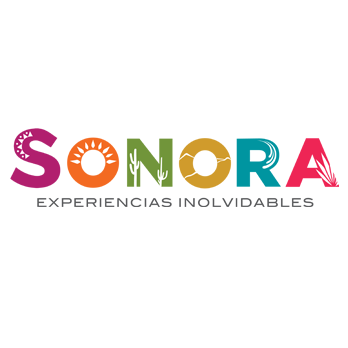 Our state is in full swing with so many events planned for this month.

Welcome to another installment of the VisitSonora blog! Our state is in full swing with so many events planned for this month. The Secretary of Tourism, in a government report, shared 12 events of great magnitude, of which we will give you details below:
First is the "Festival Jesus Garcia, Hero of Humanity" to be held in the municipality of Nacozari this November 7, where cultural, civic, and sporting events will be held in a totally family atmosphere, which will include honors to the flag and a mournful parade.
Next, the dates for this year's traditional Rocky Point Rally in Puerto Peñasco were announced, this time from November 10-13, bringing together thousands of motorcyclists from both the United States and Mexico. There will be concerts, parades, and lots of partying in one of the state's strongest tourist spots.
Next up is an event you should know about if you haven't attended an edition: the Tierra Sonora Festival in San Luis Río Colorado, also from November 10 to 13, where there will be shows and activities in the company of a lineup of artists of the stature of Aterciopelados, Jonaz, Mi Banda el Mexicano, Los Apson, Dj Albert Lua, Los Califunkers, The Dominos, Los Motosaicos, Feromona, A Manera De Café, Red Velvet "Classic Rock", Los Madafakers and Banda Yaqui.
In Bahía de Kino the famous Kino Fest started its activities on October 29th. As a continuation, every weekend between November 11 and December 3 a different activity will take place as part of the festival. From November 11 to 13, the 12th Curvina Fishing Tournament will be held in the Estero de Santa Rosa, the proceeds of which will be donated to the Red Cross of Bahía de Kino. Then, on November 20, there will be the Kino Race and Víactiva, and on November 26 there will be a Gastronomy Show and the concert by Nunca Jamás, ending the weekend of December 3 with a concert by La Brissa.
For the first time in Hermosillo, from Monday, November 14 to Sunday, November 20, the National Ibero-American Congress of Tourist Guides will be held, an event made by and for tourist guides that will include conferences, workshops and field tours, with the opportunity to generate business opportunities with tour operators and other professionals in the sector.
Also in Hermosillo, the Chef's Festival will be held on November 16, a gastronomic event of international stature. It is organized by Fundación Ganfer and its goal is to promote Sonora's culture and gastronomy by bringing together outstanding regional, national, and international chefs and guests from the culinary scene and more than 100 gastronomic exhibitors. The festival will feature tastings, show cooking, music, and more.
The International Bacanora Festival, to be held in the municipality of the same name, will take place on November 18 and 19 to promote this beverage with a denomination of origin, so emblematic of our state. There will be a traditional "bacanoriada", with the presence of La Brazza Norteña and Grupo Leos De Moctezuma. In addition, there will be lectures on bacanora and, of course, tastings.
The second part of the Rodeo Circuit will take place in the municipality of Moctezuma on Sunday, November 20, where there will be horseback riding, bull riding, racing, barrel racing, and pair roping, among many other things, an event especially made for rodeo fans.
The Lobina Fishing Tournament will be held from November 18 to 20 in Ciudad Obregón at the Oviáchic Dam. This tournament, which will have Open and Master categories, will celebrate its 28th edition and will have $150,000 pesos in prizes.
The San Carlos - Guaymas Marathon will also start on November 20 in San Carlos. The organizing committee, in collaboration with the World Organization for Peace and with the support of the Guaymas City Hall, the Secretary of Tourism, and the Sonora State Sports Commission, are calling for this year's edition that will be named after Jesus Sanchez Casillas, which will have distances of 42K, 21K and 6.5K and female and male categories ranging from 18 to 70+ years old. There will be more than $130 thousand pesos in prizes!
Last but not least, Cajeme will be celebrating from November 24-29 with its traditional Tetabiakte Festival, which has been held since 2002 to commemorate the founding of the municipality. It is a space for diverse artistic and cultural expressions that fill the forums of Ciudad Obregón.
As you can see, there will be a lot to do during this month, so don't hesitate to visit at least one of these events, which promise to become unforgettable experiences. See you in Sonora this November! 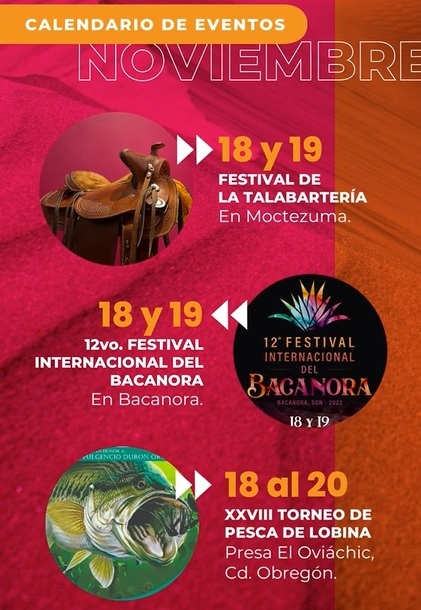 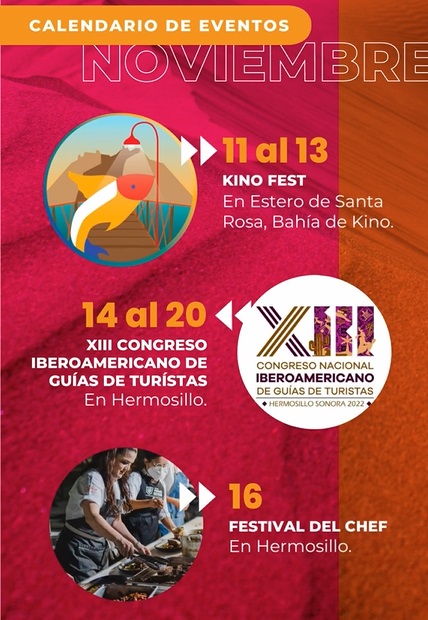 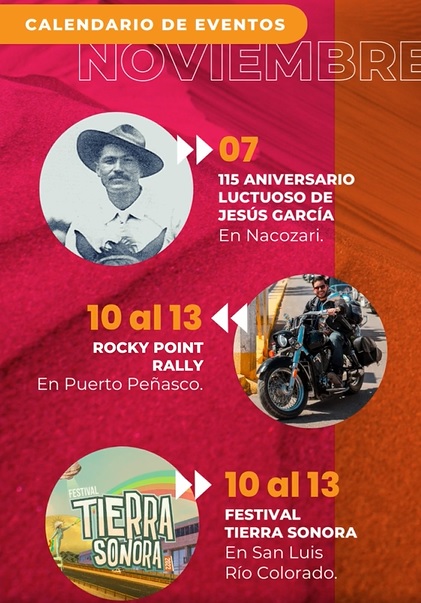