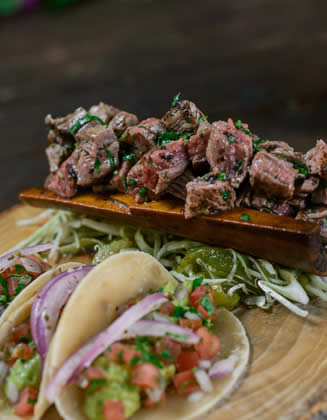 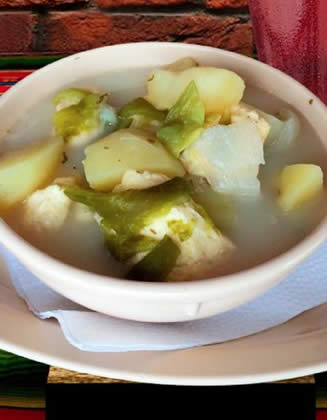 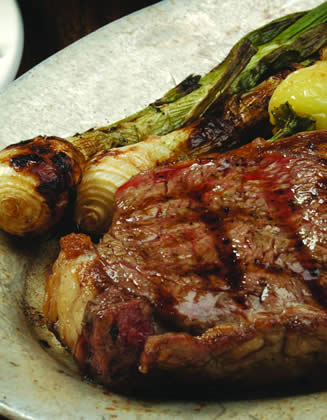 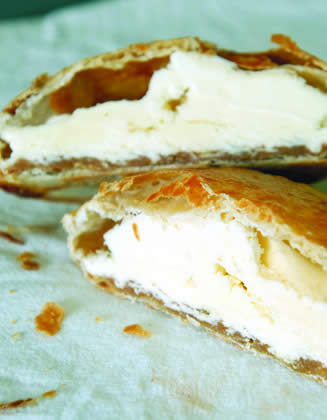 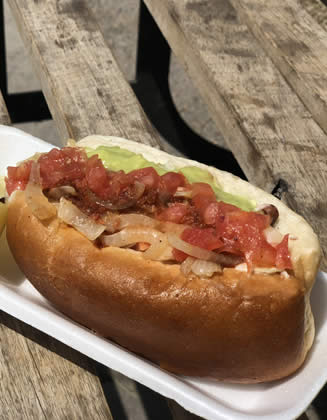 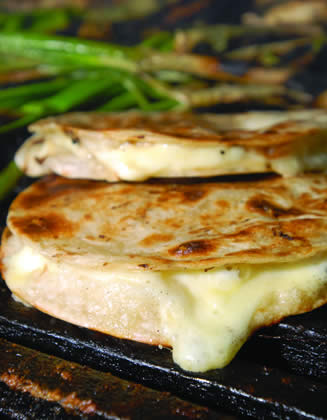 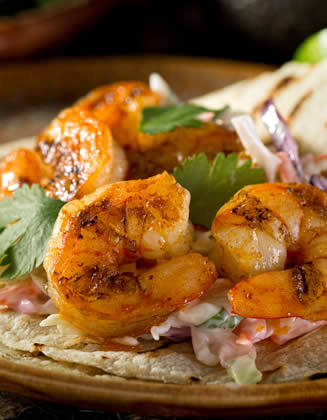 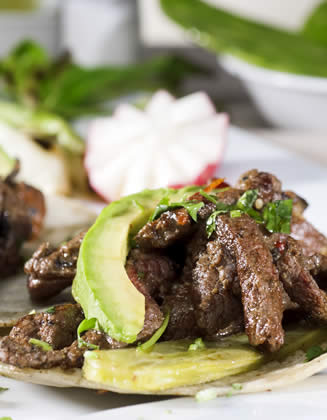 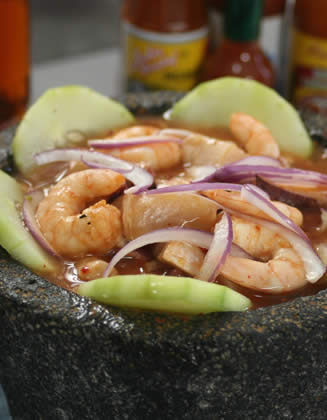 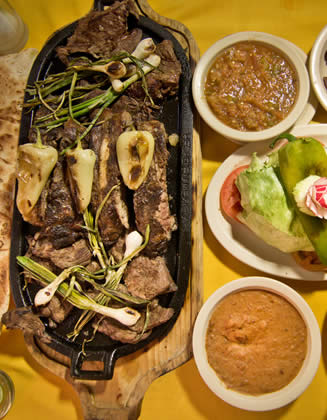 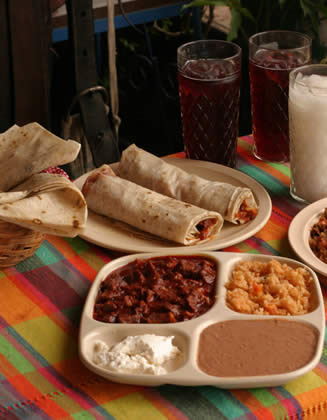 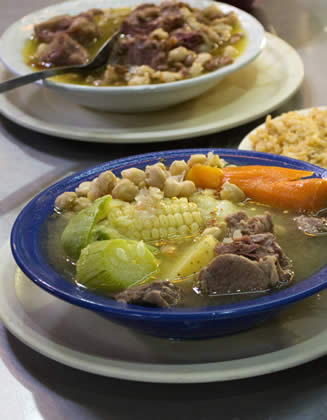 All of Mexico is famous for its delicious food, and Sonora is no exception. The meat of our state is probably the most popular food, in the eyes of foreigners and locals alike, although its gastronomic capacity is more than that. In the sixth edition of the book Sonoran Cuisine by Ernesto Camou Healy and Alicia Hinojosa, the origin of what we know today as Sonoran cuisine is explained in an excellent way, this in its introductory section:

Sonoran cuisine is the most popular food in the state of Sonora.

Sonorense cuisine is the product of the combination of native techniques and the European influence that arrived in our lands a few centuries ago. Proof of this are wheat and beef, since they were imported by the Spaniards and are now part of the foods that summarize our gastronomic customs in Sonora along with corn, beans, zucchini, chile Opende or colorado and chiltepín. The first inhabitants of our State already practiced the hunting of some wild species, which were mostly used as food, although undoubtedly the products derived from cattle became the allegorical image par excellence of Sonoran food.

In Sonoran Cuisine, it is told that "wheat, necessary for the confection of hosts and the celebration of the Eucharist, began to be sown in the Jesuit missions since they entered to catechize the Yaquis in 1617". Eventually that same wheat ended up in the north, although "our ancestors, unaccustomed to the loaves, very soon invented a way of eating wheat more in accordance with their customs: the flour tortilla". In addition, the asados made by the Creoles and missionaries were adopted by the Indians, who combined them with their own touch.

It is important to keep in mind the geographic situation of Sonora a few centuries ago. Before urbanization, it was still a very extensive territory with a lot of uninhabited land, with a strongly hot dry climate, so the simplicity of products, seasonings, presentation of dishes and cooking methods was necessary, and it was thus that "a peculiar cuisine intensely peasant and strongly constrained by an arid climate and by the little diOpensity in the production of víOpenes" was formed. It may be partly for that reason that, at present, the food of the Sonoran towns prepared in a strongly rural context have a unique and incomparable flavor.

This said, we can name some Sonoran dishes, putting in first place carne asada, carne deshebrada con papas, burritos made with flour tortillas, carne con chile, chorizo de res, machaca and carne seca. Also the delicious tamales, which can be found with meat, sweet corn, salted corn and other derivatives of the typical Mexican cuisine, such as gorditas with meat, sopes, golden tacos, flautas, chimichangas, enchiladas, pozole and menudo.

As well as beef steak, sweet corn, salted corn and other derivatives of the typical Mexican cuisine, such as gorditas with meat, sopes, golden tacos, flautas, chimichangas, enchiladas, pozole and menudo.

As well as steak ranchero, soups such as beef broth, meatballs, Openduras, stew, hen pinta, quelite broth, shrimp soup and other seafood. Part of Sonora's gastronomy is also the menu of seafood, such as dishes made with shrimp, fish, octopus, oysters, among others, and the famous sweet bread characteristic of Mexico. Other desserts include jamoncillo, pipitoria, cajeta sweets, pastel de elote, rice pudding, empanadas with different fillings, the famous coyotas de pueblo and pitahaya snow. As for beverages, bacanora stands out as one of the most representative and with the largest production. 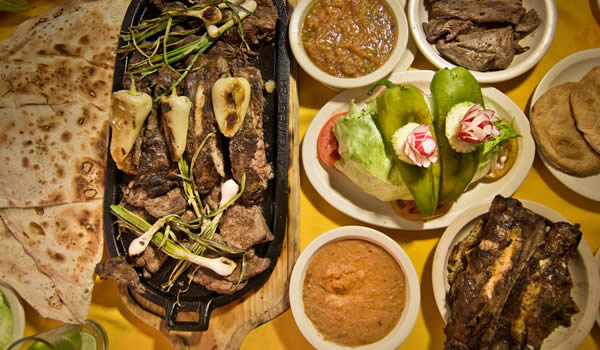 Carne asada is emblematic of the state of Sonora and is not only a dish but a tradition. The whole process is a gastronomic ritual that brings families together, resulting in delicious tacos with flour or corn tortillas, accompanied by guacamole, grilled onions, a delicious sauce, lemons, etc. Delicious!

The famous carne con chile in Sonora is a typical dish that consists of shredded meat with potatoes cooked in a special sauce made from chiles of the region. Each family has its own recipe and way of making it, and it can even be found in the presentation of pieces of meat instead of strands. You can eat it with delicious flour tortillas. 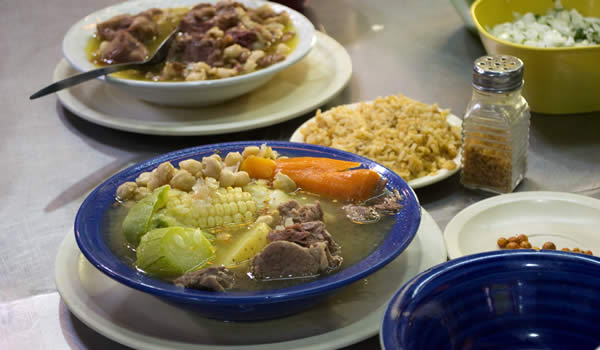 Cocido is a Sonoran delicacy that consists of a broth made with beef accompanied by chickpeas, corn, carrots, zucchini, and even cabbage. It is commonly seasoned with lemon and ground chiltepines.. 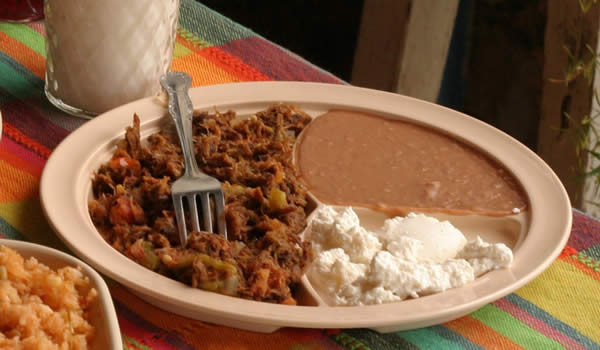 Machaca is another typical dish from the north of the country that consists of salted beef or venison, dried in the sun and mashed, which is then finely separated in such a way that it becomes spongy. It is very common to cook it with scrambled eggs for breakfast or with different vegetables for lunch.

You are going to love the typical Sonoran cuisine once you try it! 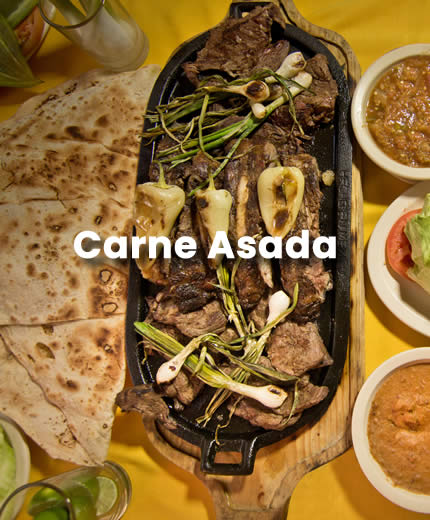 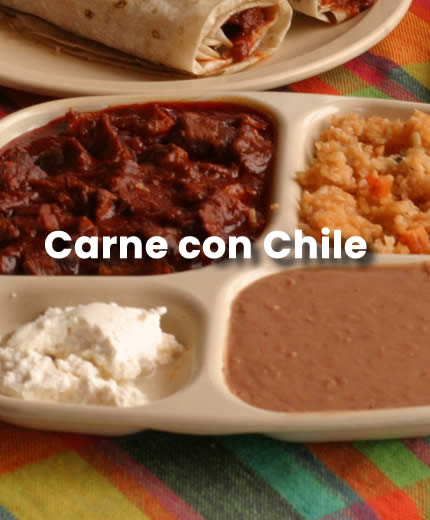 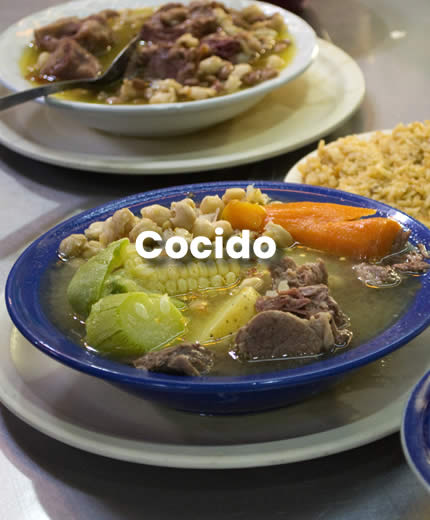 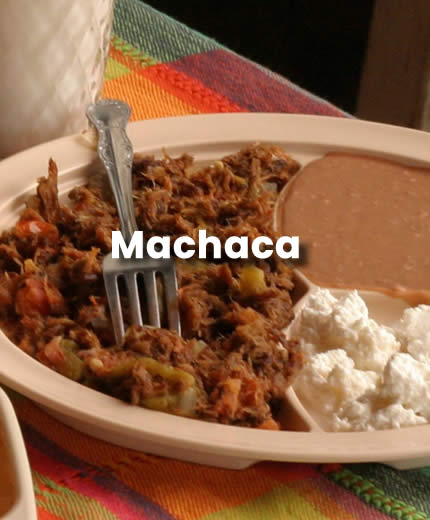 As previously mentioned, the chiltepín or "red gold" of Sonora is considered one of the basic elements of the gastronomic customs of our state along with corn, beans, squash, Opende or colored chile and beef. It is said that, due to the conditions and geography in which it was grown, it was mainly the Mayo and Guarijía tribes who took the most advantage of its benefits both for food preparation and botanical medicine.

Originally named "chil tegpin" in the Nahuatl language, which means flea chili, its production in Sonora is found mainly in the area of the Sonora River and in the Sierra de Alamos. Nowadays it is the main ingredient of countless sauces that accompany Sonoran tables, and it is even used naturally to season different dishes, mostly broths or soups, such as gallina pinta, menudo, pozole, cocido, among others. 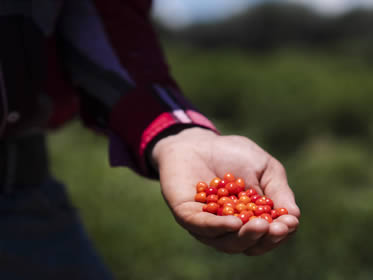 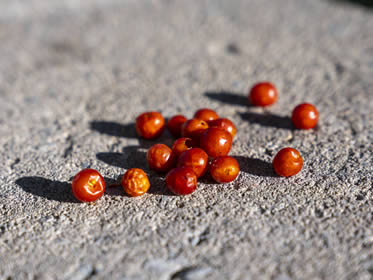 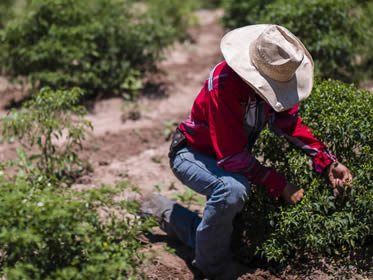 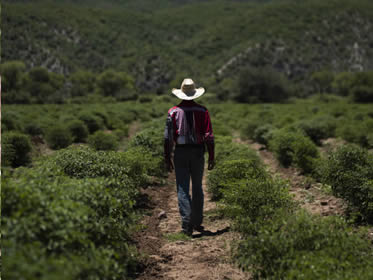 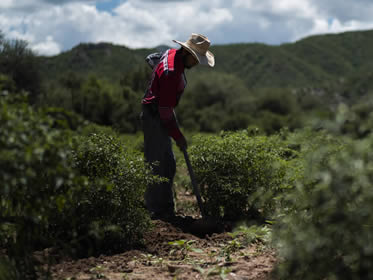 Bacanora is a characteristic drink of the state of Sonora, and even has a denomination of origin. Such denomination is a process by which a product receives an instinctive for its authenticity related to a special region, with traditional, historical and cultural characteristics, which usually depends on certain geographical conditions and natural resources to be generated. Tequila is another example of this in Mexico.

In the case of bacanora, its production dates back more than 300 years of being handcrafted and inherited among generations of Sonorans. It is made from Agave Pacifica (also Agave Yaquiana) and its scientific name is angustifolia, which occurs in the territory of the mountains of Sonora. The last product is a kind of mezcal that is made with agave, and was baptized with that name precisely by the municipality in which it was born.

A curious fact about bacanora is that it was forbidden to be produced, marketed or consumed for more than 70 years, this in 1915, by order of the then governor Plutarco Elias Calles on the grounds of the possible "immoralization" that such a drink could cause in the people. It was not until 1992 that this prohibition was revoked and a 180-degree turn was made due to the fact that today it already has the distinction of denomination of origin, along with 15 other products of the country. 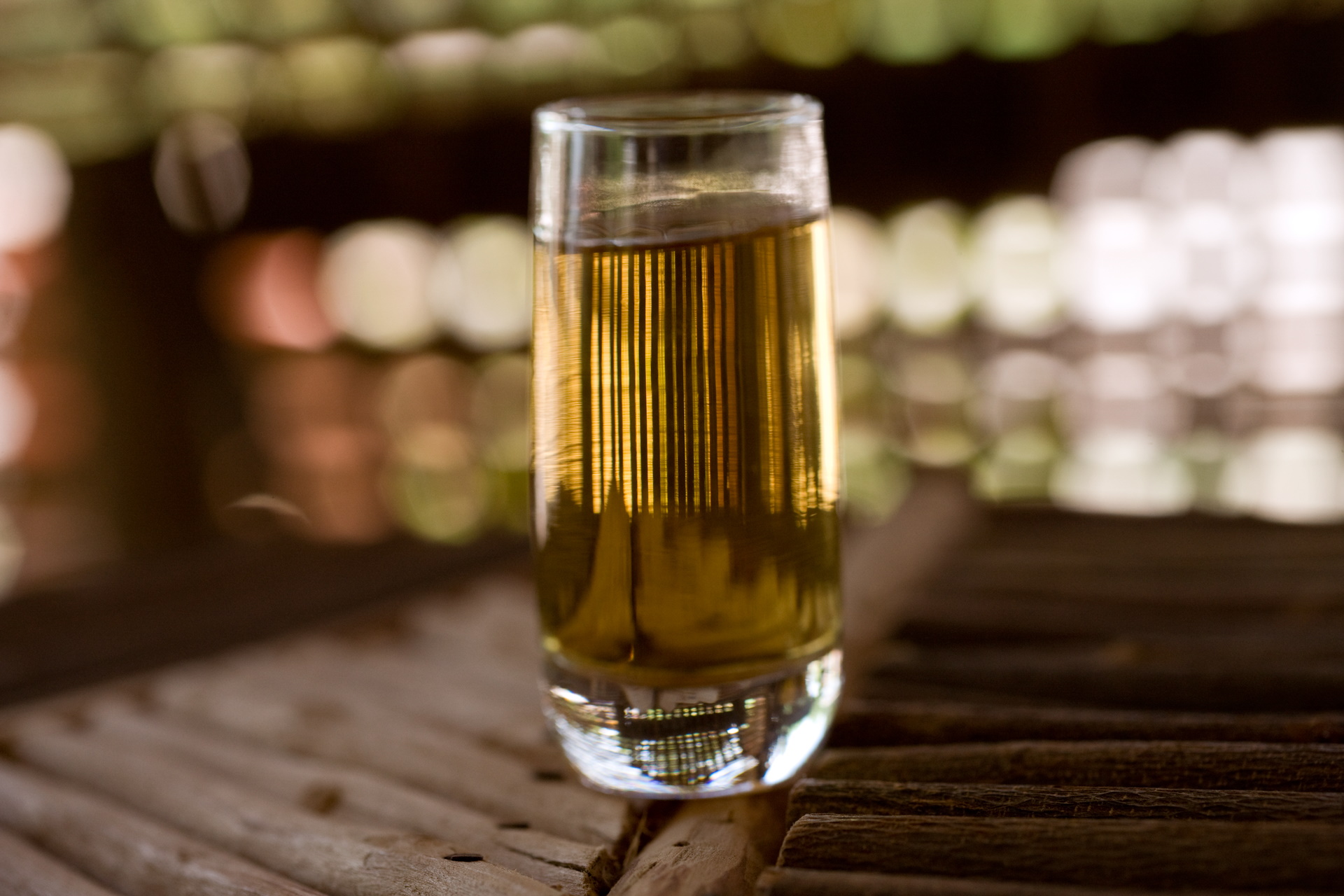 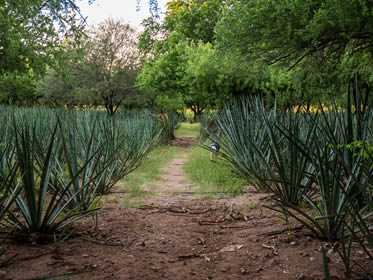 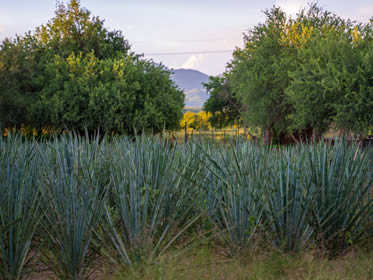 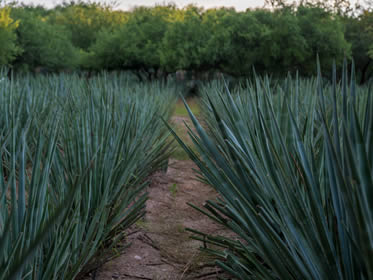 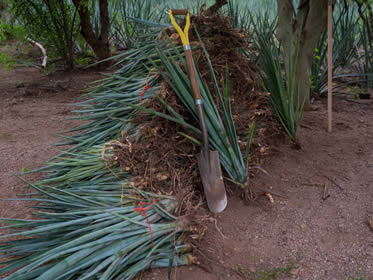 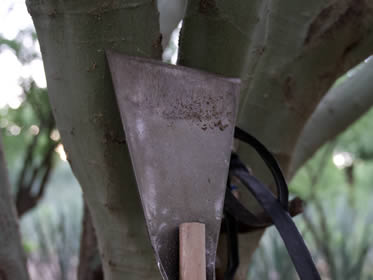